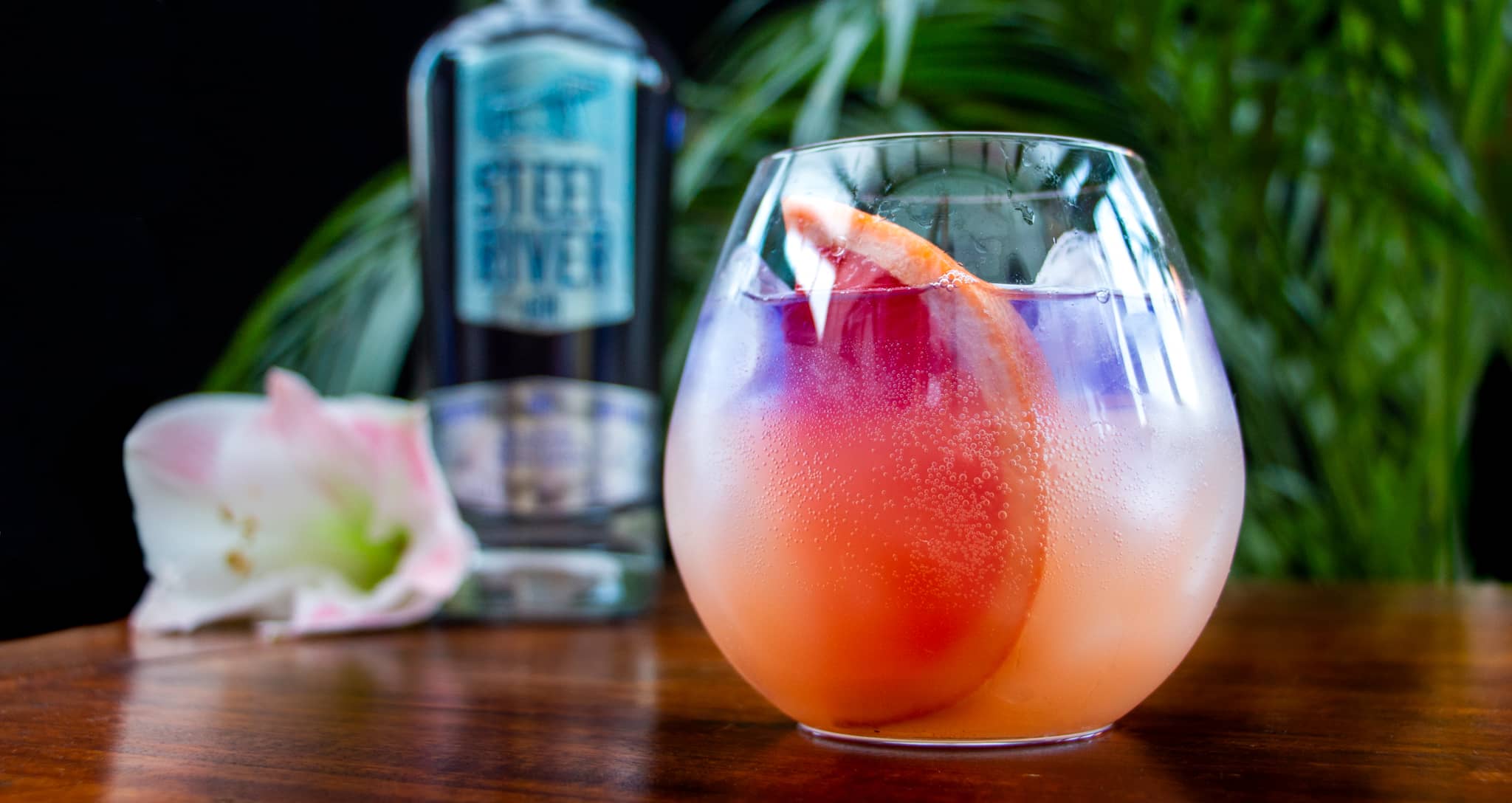 Stainsby Girl was the first gin I ever brought out, and even now it is still my most popular to date, so I knew it had to be the centre of the first official Steel River Gin cocktail. My next thought was bringing in a strong flavour that really compliments the Prickly Pear in the gin, I didn’t want it just to taste like the same Stainsby G&T you’ve been drinking since it all started. Pink Grapefruit is actually already in the gin, added to the still during the distillation process. So I thought, hey…why not lean into that. I already know the flavours compliment each other so let’s just go all out!

There are now two ingredients in the mix. I didn’t want it to be an all bells and whistles cocktail as if it had a billion ingredients in it you would all look at me blankly and say what the hell are you playing at man, we are supposed to be able to make these at home. And you’re right, so simple it is. But not too simple, we still want a solid depth of flavour that brings new sensations throughout the sipping experience. I gave it a quick taste as is and thought the grapefruit was just a bit too overpowering on its own, so why not open that up with tonic, allowing the gin to take more of a front running seat. At this point I was fairly happy, it was just missing that undertone that would have you singing from the rooftops.

Simple syrup is a regular cocktail ingredient, and a definite easy DIY. It’s also hugely versatile since you can put all sorts in there whilst you’re making it to create a whole host of interesting syrups. I didn’t want to make this one too sweet, in fact, I wanted to go the opposite way, I wanted to ground the cocktail with an almost woody undertone. Rosemary is perfect for this. And so Rosemary simple syrup!

With all the flavour perfected it was now just about the look of the drink…we all know a cocktail is 50/50 when it comes to appearance and taste. If you have the most delicious cocktail in the world but it looks like dog sh*te, you’re not impressing anyone, not even yourself. How are you supposed to feel like a cocktail wizard if the ones you are making don’t look the part?! Thankfully there is a very clever trick that can be used to create a layered masterpiece. Juice is pretty god damn dense, and gin…is not. So if you make sure you put your gin in last, and pour slowly to stop it mixing, then you can have a drink that is as beautiful as it is delicious!!

Now let’s get drinking, as they say in Spain:

Everyone should believe in something, I believe we should have another drink.

*Combine equal parts water and sugar in a small pan with a few springs of rosemary. Bring to the boil, stirring until all of the sugar dissolves. Remove from heat and strain. Allow to cool before use. Can be stored in a sealed container for up to 2 weeks. 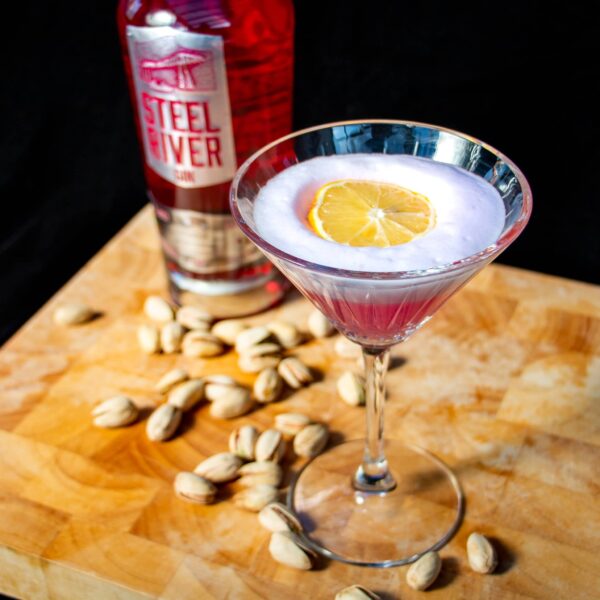 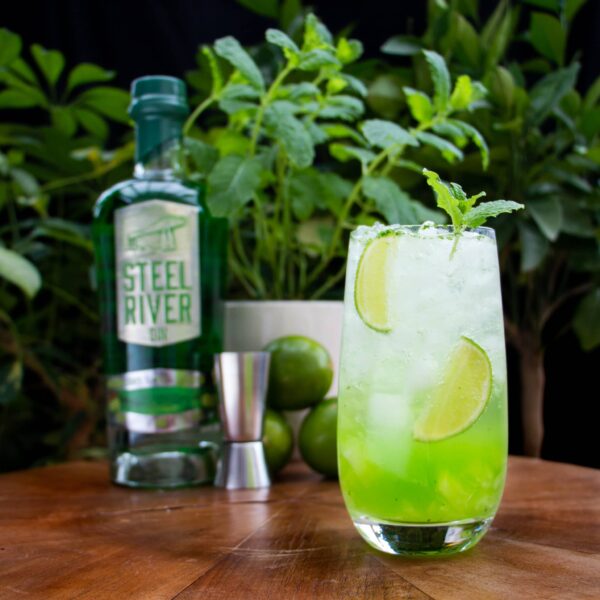 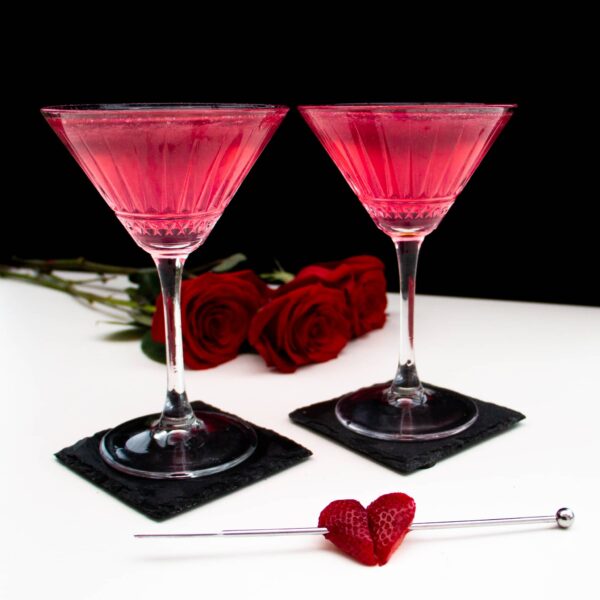 What says Valentines day better than Strawberries and Prosecco, am I right? Time to raise a glass to those we love this Valentines Day (and yes it is perfectly acceptable for you to toast yourself) with this deliciously sparkling cocktail sure to make you feel special. 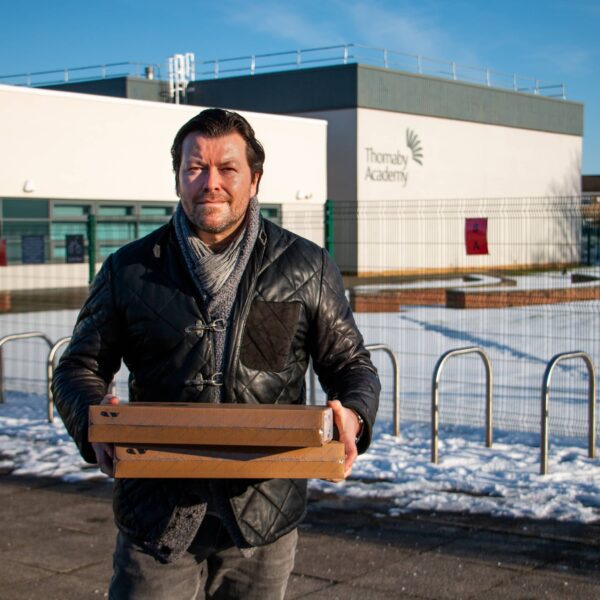